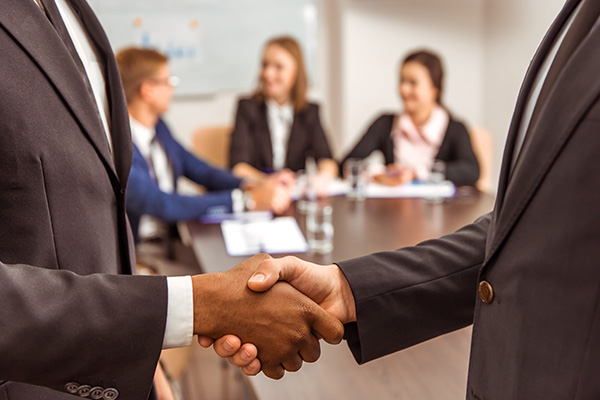 In this article, we propose an extended application of David Rock’s SCARF® Model to CONNECT with two different cultures.

This article proposes to help coaches teach the client two different yet powerful tools. More cross-border communication and influencing the approach outlined in this article can be of immense use.

Tom, a United State citizen, is working hard to close a sale with his client Gopal, an Indian citizen.

The following steps are:

Tom should understand his Culture dimension. For this, he can rely on Hofstede’s model.

Compare the culture for understanding. 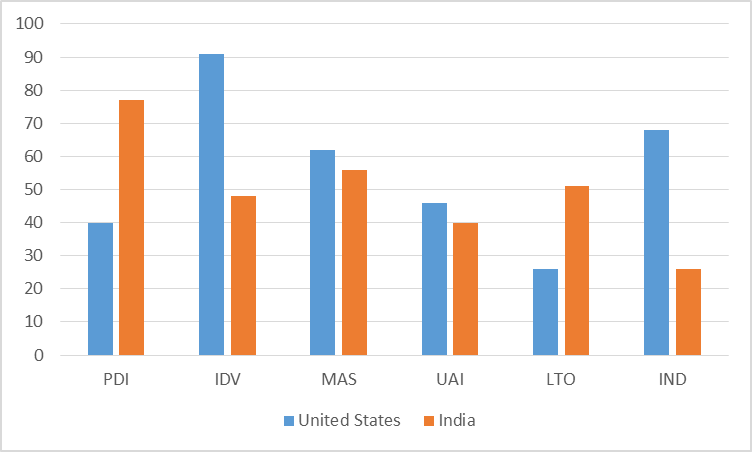 Use PRE model of David Rock: Prediction, Regulation and Explanation based on the understanding in Step 2.

Power Distance is high in case of India. Power Distance is defined as the extent to which the less powerful members of institutions and organizations within a country expect and accept that power is distributed unequally. It has to do with the fact that a society’s inequality is endorsed by the followers as much as by the leaders. Tom can expect to influence Gopal’s “Certainty” by using his “Status” to drive.

Individualism for Gopal is driven by “We” as against Tom’s “I.” This can affect the “Relatedness” dimension of the interaction. It would be prudent for Tom to structure his communication with Gopal using “We” language.

Tom is Low Power Need but High Individualism versus Gopal who is High Power Need and Low Individualism. Either can be balanced using Status & Autonomy impacting “Relatedness.”

The fundamental issue here is what motivates people, wanting to be the best (Masculine) or liking what you do (Feminine). Both Tom and Gopal would try be their “Best.” This can impact “Certainty” and “Autonomy.” Tom’s need for Individualism and wanting to be best can drive an aggressive “Communication Style.” Gopal’s need for wanting to be best and his high need for power cam also drive “Aggressive communication.” Both can get into win-win. Tom being in a sales position should “up” regulate Relatedness by “up” regulating Gopal’s Autonomy if he wants to close the sale.

The dimension Uncertainty Avoidance has to do with the way that a society deals with the fact that the future can never be known: should we try to control the future or just let it happen? Both Tom and Gopal would accept that the product performance can be predicated. Therefore, Tom can use “Certainty “as the fulcrum for driving other SCARF element and culture.

This dimension describes how every society has to maintain some links with its own past while dealing with the challenges of the present and future, and societies prioritize these two existential goals differently. Normative societies, which score low on this dimension, for example, prefer to maintain time-honored traditions and norms while viewing societal change with suspicion. Those with a culture that scores high, on the other hand, take a more pragmatic approach: they encourage thrift and efforts in modern education as a way to prepare for the future.

Going by this, Tom should not expect “quick results” from Gopal.

Indulgence is the degree to which small children are socialized. Without socialization, we do not become “human.” This dimension is defined as the extent to which people try to control their desires and impulses, based on the way they were raised. A tendency toward a relatively weak control over their impulses is called “Indulgence,” whereas a relatively strong control over their urges is called “Restraint.” Cultures can be described as Indulgent or Restrained.

Tom should expect Gopal to be Indulgent, meaning he would be open to trying new technology and innovation. This is also driven by Gopal need for High Power. Anything that is “new” can come across to Gopal as increasing his Status.

In conclusion, If two cultures need to “Connect,” they can do so by understanding the cultural differences and working on influence using the powerful yet simple SCARF model.

R Ramamurthy Krishna, PCC & GPHR is the Director of Potential Genesis HR Services, LLP Coaching School. He runs a ACTP program. In addition to being an author, blogger and speaker, he is also an executive coach, trainer and coach mentor. He is presently working on coaching in Indian languages.

The views and opinions expressed in guest posts featured on this blog are those of the author and do not necessarily reflect the opinions and views of the International Coach Federation (ICF). The publication of a guest post on the ICF Blog does not equate to an ICF endorsement or guarantee of the products or services provided by the author.