I would like to take the opportunity to consider the fit between training and coaching in organizations, and how this fits into my practice:

I would like to look in some detail at one project I undertook recently, as I believe it illustrates some of these issues very clearly

1. Some of the differences along the training versus coaching continuum

There are many combinations as well as variations as to how some sort of learning/behaviour change programme can be constructed and delivered. It may be over simplifying to use the ‘PowerPoint presentation’ as the typical feature of one end of the training approach – where training is an expert lead activity, and the learning is directed by the expert.

You know when you’re on expert led training when the majority of the time is spent when:

A coaching approach, however, can be very different because:

2. An example of an approach to using a Coaching Approach in Training

We were asked to carry out a ‘training’ programme:

The project began with the central client administration contracting with me a training programme to be delivered to a group of staff. However, I was confident that the client would give me a wide scope in how I went about the project. I had worked for them before, and the results I have achieved to date have given them confidence in my approach. However, they are still more comfortable using terms such as ‘training‘– with all its implications!

How the training task was defined for us:

This is a project for a group of about 20 people – all in a particular function for a global organization, all working in the same function but in different units of the organization locally. The head of the department had requested me to intervene and see how this group could work better together – because they work separately in their units, but they also need to work together for the department.

The words ‘work better together’ are quite open, without suggesting what the detail needed to be about.

Similarly, the task was set as an event where I and a colleague, and twenty participants, all arrived at a central location and its training rooms for a two day programme.

Expectations about the way the programme would work at the beginning:

The participants, as usual, were clearly expecting some PowerPoint style presentation to start the programme. The people who had announced that this programme would take place, with bold enthusiasm, had also said something about neuroscience, et cetera.

To counter this expectation, I started the discussion by basically saying that I had nothing to offer them, and that they should decide what is was that they wanted to take back with them.

They were just not thinking what to do and what to ask. One of them asked, “Please tell me what is there in the menu card.” (A typical detailed programme outline)

And so I explained to them that the menu card was slight huge, and just gave them a few examples of what was possible in the menu card, and over and above the menu card. Instead we were looking to talk about what they knew, and I said, “We are going to work on the collective ideas from across the regions, and the collectivism of the group.”

At that point, I actually posed them a question, “Guys, you all have about 20 years experience plus, and are you saying that you’ve reached this point knowing nothing, right?” I continued by asking, “What is it that I can teach you? There is nothing new that I can add. I would prefer to pick up on what you already know and then put it into a frame that we can work on, and give you an insight which would add more value to them, and value to you.”

And that was the point/moment they opened up and when they then started talking about what they wanted to learn. They then landed up talking about communication. They talked about the aspects of communication that they didn’t like, such as being belittled, the lack of respect, and the lack of confidentiality, and how people formed a coalition, etc., etc.

As they were talking I just noted down their words and added them to the flip chart. Then I asked them how they would like the next two days to go? They said that they wanted to look at some ideas for working on all of these things. They wanted to have some fun and bring in some crazy ideas.

And so, we wrote the word “fun” on the whiteboard.

We agreed that, “The next two days, will be fun.” But also at the end of the programme, they needed to define an acronym for F.U.N. There would be a lot of learning, but what they would take back with them was F.U.N. but with a very different meaning. We said, “Let’s start by looking at what that acronym might be.”

They talked about “freedom unlimited,” and moved on to talk about, “friendship united,” etc., etc. We picked up on them all and we collectively confirmed that, “This is to be the theme for the next two days, right?”

I reiterated to them that, this would indeed be what they were going to be working on. The theme being “fun” and that we were going to each bring our own knowledge, and all of us would put it together and convert it into a lot of fun-based learning.

And then I said, “There will be a lot of questions that we will form—we will go through a process of dialoguing. I will ask some questions and you in turn will ask me questions back; that’s how we’ll exchange ideas. And we’ll continually keep records of what we learn, and then move at the end of day two towards fun.”

The entire group in the room was already bubbling with excitement. The group was geared up because they felt very respected. They felt a tremendous amount of autonomy and that there was a real conversation going on. And they knew that this was going to be more than just a fruitless exercise—we had our written agenda. I, as well as them, were just clearer on how we were going to work together which had really come about through our contracting stage. For the remaining time there would be learning. What was learned would then be converted back into a piece of knowledge, and then given back to them.

4. Working through the real agenda…

Then we asked them to start talking about examples of how that would work.

It was at this point that we said, “Let’s hold on for a minute. You guys all know each other.”

They responded by saying, “Yes, we know of each other. But some of us do not know each other.”

I said, “Okay. Now that such issues are coming out, it’s important for those people who do not know each other well to pair up and sit together for the next two days and start dialoguing with us. Therefore, an informal team will now take place.”

We captured what they wanted to focus on with regard to communication. It was not planned, but it just so happened that my colleague wrote all their negatives with a red whiteboard marker, and everything that they wanted to take back, he wrote in green.

My colleague said, “Can you look at this now and see the dangers in red and the positives might be those written in green?”

I then expanded on my colleague’s sharing, “Look at what has been captured through listening to your dialogues. Some are written in red, and the other things that you seem to need to learn are in green. What does that tell you?”

They walked around and said, “Red looks like danger and green looks something that we want to learn.”

And so, we introduced the concept of red and green. “Okay. For the next two days, we are not bothered about whether it is threat or reward. We don’t want to use any terminology. For your understanding, we’ll use the red system and the green system. We’ll continue to develop with red and green; red and green because that came from you.”

Now, everyone there understood the concept of threat and reward very clearly, and they took that with them.

We then asked them to reflect on this, “What each of you rated as red, can you also understand that it is not red on the e-mail? It is only red internally to you, just spoiling the hell you’re in, creating your own internal emotions to raise. And if you want, I can talk very, very basics about how the brain works etc. But that is not what I’m interested in. And if you want, we can throw in all the types of brain parts and tell you how they work. But it’s more the realization that it is affecting our health which is more important. And that is what we are to be selfish about.”

This began to make a lot of sense to them, and the more questions I asked the more examples started to come from them.

5. Checking how our coaching approach to training worked:

We asked them at one point in time to simply write on a sticky note how they felt the workshop was going. And they responded with, “Really nice,” and more of them wrote, “Very interactive.” One person even wrote that, “We know we have nothing to give, but we’re picking up from your knowledge, and we are building on it highly-interactively.”

The trust level from facilitating that point of view, and the level of acceptance from them that we can learn something here was shared by another participant, “I don’t need to feel threatened that there’s going to be a new training-based concept that was set up as part of the expectation. This was extremely hard for us, though it was not stated, and that was the unstated part, which really gave us that power to continue doing.”

They were really very surprised that there wasn’t any PowerPoint available, and that I was not following a typical training structure, but instead building on the things that were coming from the floor as they came up and putting them into the frame, which was extremely well-received.

We also followed through on the outputs in various ways as a way of ensuring that this session started to change the way the organization worked. We continued to get similarly positive comments as well as very highly motivated and confident feedback about how they were doing things differently, and were much better as a result.

To connect with Krishna: 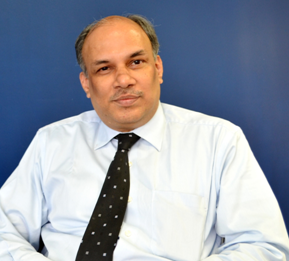 R Ramamurthy Krishna who brings thirty (30) years of multi industry, multinational culture experience. A Global Professional in Human Resources, A Professional Certified Coach from International Coach federation. He is the only Indian to be admitted to Association of Professional Executive Coaching and Supervision, United Kingdom.

Krishna bring a rare flavour of neuroscience to leadership having been certified by Neuroleadership institute, Australia. An active blogger, author and speaker. He is also one of the few persons in Chennai to run his own Executive Coaching School.